November 2, 2016 – RVFD and MCFRS Haz-Mat units were dispatched to a reported diesel leak on a train in the vicinity of the Randolph Rd. crossing at about 5:30p. Upon arrival, and after walking abut 1/2 mile down the tracks, Station 23 personnel found a MARC (Maryland commuter rail) train stopped after experiencing a diesel lead in the engine compartment of the locomotive. The engineer advised it had likely been leaking for several miles. There appeared to be a leak in the fuel piping as diesel was sprayed around the engine compartment and leaking through the floor. There were approximately 600 passengers on the train bound for Martinsburg, WV. The train remained on battery power.

Fire/rescue personnel coordinated with CSX personnel to bring two following passenger trains alongside the broken down train and off-load the passengers, so they could continue their commute home. Due to safety concerns, CSX delayed the approach of the two trains until specific CSX personnel were on the scene. Fire/rescue personnel remained on the scene as a precaution and to assist with off-loading. Haz-mat personnel placed absorbent material in the locomotive and on the tracks, although there was only a small amount of diesel as the leak was only present when the fuel was under pressure.

All passengers were transferred to the two following trains by 8pm and the scene was turned over to CSX who made arrangements to tow the disabled train to the repair yard. No injuries were reported and passengers, while frustrated by the delays, appeared to handle the situation well. 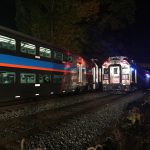 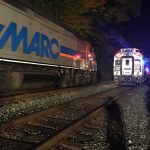 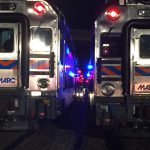 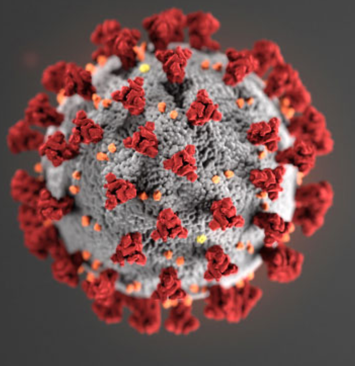