January 27, 2019 – RVFD and MCFRS units battled heavy fire and cold weather conditions on Sunday that damaged the Georgetown Hill Early School located at the Woodley Gardens Swim Club on Nelson St. E703B and AT723 were originally dispatched at 8:15pm for an automatic fire alarm. When E703 arrived, they found heavy fire extending through the roof of the day care school and requested to have Montgomery County ECC fill out the box alarm assignment. ECC also alerted the Rapid Intervention Dispatch. Due to the heavy fire conditions, incident command ordered that initial fire attack be conducted by exterior operations and master stream devices. AT723, AT703 used elevated master streams and E703jB used their deck gun to fight the fire. Other crews used large-size hand lines to attack the fire through the windows on the front and rear of the building. Other crews entered the connected swim club building to check for possible extension via the common attic.

The fire appeared to have originated in the office area of the school and extended to adjacent classrooms. Other classrooms were damaged by heavy smoke and heat. While no extension was found in the swim club, parts of that building suffered water, smoke and heat damage, as well as damage by firefighters pulling ceilings looking for possible extension. The cause of the fire is under investigation. No injuries were reported and damage is estimated at $750,000.

In a statement, school CEO Peter Cromwell advised that they plan to serve school age families at the Montgomery Square location at 12300 Falls Rd. in Potomac. 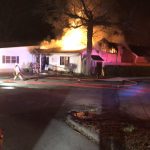 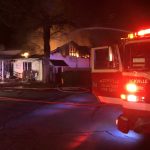 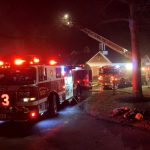 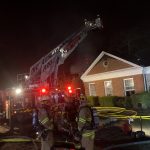 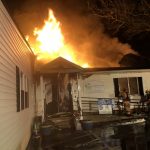 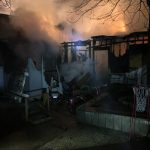 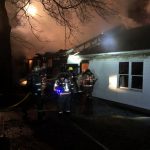 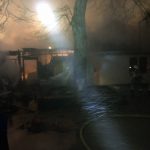 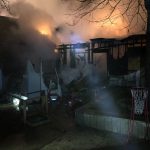